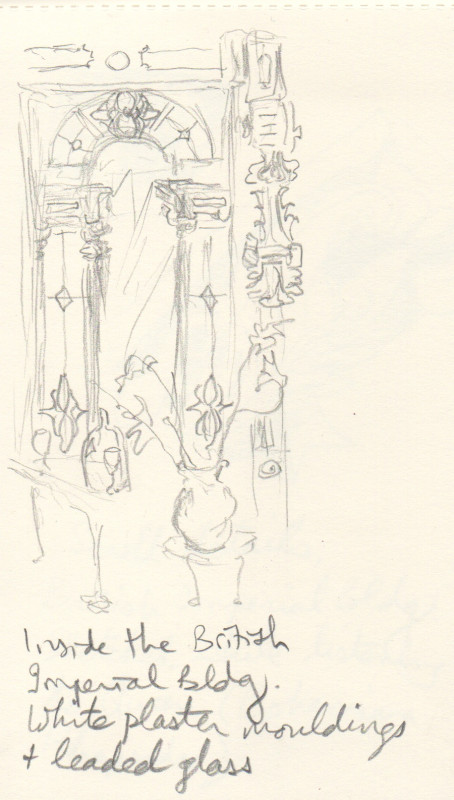 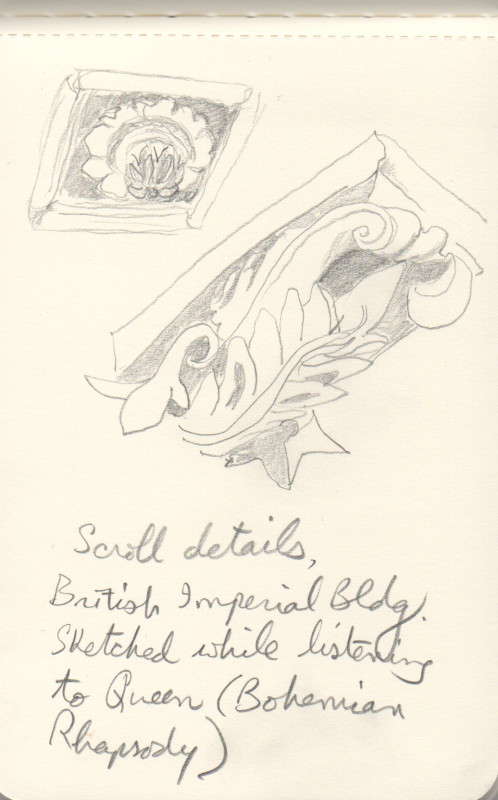 This afternoon I walked around Place d’Armes, where Wolfe would have seen the French lay down their arms if he’d come back in 1760 to complete the unfinished business that killed him on the Heights of Abraham. I’ve walked there a few times since I moved to Montreal eight years ago, usually to accompany some sightseeing friend. Today as always a painter daubed a canvas portraying Notre Dame Basilica. He was at the point of signing it and giving it a title, but needed advice from his friend on how to write Montreal at the bottom. Then he needed her to spell Canada.

This was beside the domed Bank of Montreal Head Office, part of the square where a plaque boasts of Maisonneuve killing the chief of the Iroquois “with his own hands” in 1644. I walked around with a feeling of dread—the heaviness of armaments, force and bloodshed oppresses the square. Its stones, pavement and statues testify to centuries of violence that a person can still feel.


A man and his horse and cart wait to give tourists a ride but this is January. There’s a bag of carrots on the seat. If the horse finally gets a fare his shoes will clop on paving stones the city has paid hundreds of thousands of dollars to restore. Some of the original stones came over in Wolfe’s time as ballast on ships. I walk on them to a magnificent wedge-shaped building with the name British Empire Building built into an oblique wall with pilasters and mullioned window arches. I’ve never noticed this building before, and wonder if I’ve dreamt it into being by thinking about Wolfe night and day.

It’s a café inside. I order chai and a slice of chocolate pear cake. The plaster-work is scrolled with incredible intricacy around the windows, on the ceilings, even in the toilets. Leaves, scallops, whorls and orbs—Freddie Mercury belts out Bohemian Rhapsody. Then the Beatles—All you Need is Love. A real British Empire serenade.
Tags: freddie mercury, james wolfe
Subscribe